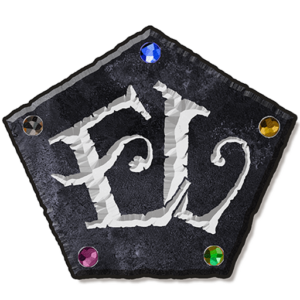 The Eldros Legacy is an idea—a dream, if you will—managed by five authors who share a vision of a new, expansive, and epic fantasy world. They call themselves the Founders, and in the coming years they have committed themselves to creating not one but multiple storylines where they and many others will explore and write about a world once ruled by giants.

The Founders are working on five different storylines on five very different continents, and over the coming years, those five storylines will merge into a single story arc that threatens the existence of all races on the world of <PLANET>. Over the course of 2021 and 2022, the Founders will be writing an introductory novel that brings readers into the fold for their respective continent. From there, each will write several series that carry their main characters and story arcs towards a final conflict where a final series encompassing all Founders and characters in a unified storyline and final conflict.

Additionally, we’ll be working with a growing list of other authors, short story writers, and other contributors to delve into virtually ever corner of each continent. It’s a grand design, and we have high hopes that readers will delight in our mission of delivering one new book a month starting in the winter of 2021 and continuing on for years.

So, please join us and explore the world of <PLANET> and the epic tales that will be told by great story tellers, for Here There Be Giants!

We also encourage you to follow us on the website to see what’s going on. If you sign up here, you’ll get emails whenever we post something new on the site. If that’s too much for you, or you can sign up for the newsletter, we’ll be sending one or two of those out each month to keep folks appraised of book releases, new artwork, convention appearances, and other events taking place in the Eldros Legacy. If you’re a true fan, then we suggest you do both. There will be lots going on, and you won’t want to miss a single thing.

Who are the Founders?