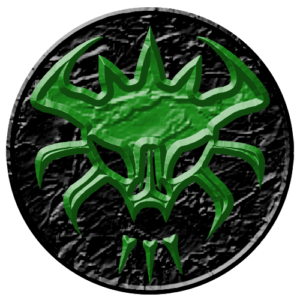 I hope this correspondence makes it way to you without incident. It should be an excellent test of the couriers you selected. When you receive it, be sure to speak your mind, for it is as Alistar teaches: the red river runs with both water and blood.

I must tell you, Corsia is a remarkable city, and much grander that I had imagined. Your descriptions did not do it justice. The Magic Academy is equally remarkable, and I have set to my task with a good deal of enthusiasm. I never imagined the capital of Pelinon would be so vastly different from our home of Saritu’e’Mere, but that discovery lends itself well to what you have always tried to teach me: the differences are manifest.

I must tell you that you were correct in your assumption the instructors here would be adequate taskmasters who lacked the discipline of the switch you raised me with. Having seen the difference in context, I wanted to thank you. Your determined tutelage over the years has made it possible for me to be at the head of most of my classes, both general and magical. The others here are soft, just as you predicted, and I have had little difficulty making friends. In the years to come, I am confident these associations shall prove useful.

You will also be pleased to know I have advanced quickly in my endeavors to become a competent symkurios. My instructors tell me I am a natural born line magician and need only apply myself in order to become a great one. If only they knew. Perhaps, once they anoint me as one of their “accomplished,” they will send me to some or even all the places I have been learning about. I must tell you, compared to the wealth of knowledge available to me here at the Magic Academy, the library in Saritu’e’Mere does not possess a fraction of the information regarding the continent of Daemanon. I am convinced the knowledge I glean here will be of great use in the future.

To that end, I thought I might share with you some of what I’ve learned regarding the continent of Daemanon. All roads lead from that one source, after all, and if we are setting sights, we might as well set them high. To be honest, I am awed by much of what I have learned thus far, and I am told this is but the peak of the mountain.

Would it surprise you to know that, despite fifteen-hundred years of recorded history, what is known about the continent of Daemanon and its surrounding land masses is eclipsed by what is not known. I must tell you, father, this surprised me a great deal. For example, there is a large land mass north of the main continent called Deihmankoios. It is said to be over seven hundred miles across and half that wide. Nothing is known about it save for a relatively clear mapping of its perimeter. All expeditions to date that were sent to learn of its interior have not returned. I find myself extremely curious about what might exist there. The same applies to the northern half of the main land mass of the continent that lie beyond the Great Wall.

I find it hard to believe that The Wyrm Lands, which make up literally half of the continent we live on is completely unexplored. As I understand it, a number of expeditions have been sent via sailing vessels. Those that circumnavigated the continent were able to map the shoreline, but just as with Deihmankoios, all expeditions that attempted to enter the interior were never heard from again. It seems that the only thing we know for certain is that there are wyrms there, they are dangerous, and occasionally one finds its way over the Great Wall to be slain as the menace that they are.

I remember well your lessons regarding the Great Wall and was curious to learn more about something to remarkable. No one here knows who built, let alone how or even why. You taught me it was massive and impenetrable, but I now know it is roughly fourteen-hundred miles long and bordered along its northern face by a mile-wide swath of what they call vampire grass. They say a dozen steps across it causes sickness and a hundred steps are fatal. If we are to achieve our goals, I suspect a means of getting past the Great Wall will be a task for a later date. The resources beyond it are, I believe, interesting motivation.

Of course, we would need to find a way to deal with either the great wolf-lords of Charonos or, the more likely option, treat with the Soo Kari’Ma dog soldier clans that occupy the lands north of the Demon Spine Mountains. For my part, some sort of agreement with the Charonos is a much more reasonable option than treating with the Kari’Ma. If Pelinon has not been able to conquer them in the past thousand years, I think it unlikely anyone ever will. From what I’ve learned, they are fierce, capable, and prone to uniting quickly when any tribe is threatened from the outside. I will add that if anyone were ever able to form an allegiance with them, they would be a force to be reckoned with.

The Kapron of the Demon Spine Mountains, despite their lands having been folded into the Kingdom of Pelinon as the Duchy of Islia’Stavahr, are a people we should give some consideration to. The Kapron are proud, capable, and honorable. Several of my classmates are Kapron, and despite their goat-like appearance, I find them a stern, honest, and agreeable species. Although we rarely see them in Saritu’e’Mere, my experiences thus far tell me that we would get along well with them.

That brings me to the Kingdom of Pelinon, itself. You were not wrong when you said history is written by the victors. It seems that the records here regarding the conquest of our ancestral lands two hundred years ago has been scrubbed thoroughly. They refer to it only as a treaty that brought peace after years of conflict. I have found no mention of the razing of Saritu’e’Mere, nor the sacking of Sariva’e’Mere anywhere in the records here. There was only a passing reference to the sundering of The Shining Sister Cities that our ancestors built as the dual-seat of Rha’Sikhor. If you can believe it, the instructor here described the division of  division of Rha’Sikhor four hundred years ago as little more than an economic boon to Pelinon. I won’t hide the fact that I believe the resulting duchies of Amilazi and Saratuun are but pale shadows of the rich culture of our ancestors.

I have no reason to doubt they have treated similarly with the entire history of Pelinon’s formation. The creation of its twenty-nine duchies over the past twelve centuries has to have been created and chronicled in the same fashion. I have found little mention of the battles fought, casualties inflicted, and cultures eradicated or diluted as Pelinon extended its borders over the centuries. It seems a terrible price to pay for access to the Kings Highways that now stretch into Rha’Sikhor lands.

I find it strange to have walked through the ruins surrounding our home only to discover that their destruction has been erased by the descendants of those who perpetrated the conquest of our ancestors.

Their emphasis, as you cautioned, seems to be on reinforcing the idea of a harmonious evolution of the Kingdom of Pelinon, as if it somehow, miraculously, evolved over the centuries as a result of a benign monarchy, rather than the reality that is was accomplished through sword and spear and torch. How history is documented is, I know now, as interesting as the history itself.

There is something I thought was worth mentioning regarding The Sylverwylde Mountains. The Duchies of Kapren’Hoor and Kapren’Maji may be preparing for some sort of conflict. One of my instructors made mention of this as a point of political turmoil arising between the two duchies of the Kapren. It seems as if the goat people of the southern mountains are reviving some sort of ancient conflict. Nobody yet knows what it’s about, but my instructor speculates that the Duchy of Kapren’Maji is being influenced by the Kapren lord who rules the Freehold of Kapren’Zuur. With those mountainous lands bordering our own, I thought it worth mentioning, should your associates wish to investigate further.

My next areas of study will be focusing upon the Elwhari’Ma, the bird soldiers of the Rikkari Nations to the west, as well as the Delvers of the Sylverwilde Mountains and the Duchy of Draksymsur. I know little of either as yet, but I am intrigued by the transport monopoly the Elwhari’Ma hold over the King. I find it fascinating that, in all the centuries of Pelinon conquest, they were never able to subsume the Elwhari’Ma. Also, the dwarves of Draksymsur represent only half of that curious race. I was not aware that the other half is made up of the Wergoi who are, apparently, darker and much more dangerous kin to the Delvers. Perhaps there are future opportunities to be found in this association.

Finally, the great land masses to the south that make up the nation (lands?) of Gael seem to be a great mystery to Pelinon. Gael, like the lands to the north, has not been explored to any extent. All I have learned is that Valunai, a race of forest-dwelling people possessed of considerable life magic, protect those lands and keep to themselves. It seems there are some who trade with several coastal cities in Pelinon, but I have not yet found much information on the subject. Seeing as our sailing vessels could make the journey, I will endeavor to find out all I can.

I hope your negotiations with the Suwhahun of Kaikutulu go well. Please keep me informed and let me know if there is anything I can do from here. The matron of the Shattered Isles has always been a strong ally of Pelinon, so I suspect you will be able to renegotiate our trade agreement with her without too much difficulty. I was thinking that working more closely with the Bhirtas’Vuoda that inhabit those waters might be of some help in that quarter, although I suspect you have already considered that possibility. The water goblins, despite their antagonistic demeanor, can be counted upon to pursue their self-interest above all, and that gives you some advantage.

That’s all for now. There is, obviously, much more, but this correspondence has everything you need at this stage. Please give mother a hug from me. Tell Therra that the cloak she got for me continues to keep the rain off, and that she has my thanks. I shall endeavor to get another correspondence out to you next month.