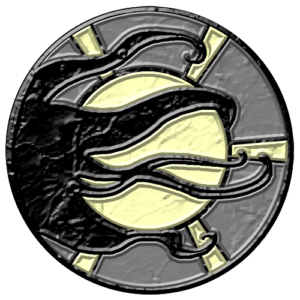 Your sense of humor is so odd. I received your request, and my first thought was to ask if you’ve ever had a tutor. You’re a prince, for Senji’s sake. Where is your tutor? Or did the great and gilded libraries of Triada all burn down?

A summary of the continent of Noksonon, is it? Can I distill it to a few paragraphs? Child’s play.

Noksonon is divided into six separate lands, each with their own kingdoms (We’ll start with what you know and move southward, shall we?)

What you and I call home are the human lands, for the most part, the three human kingdoms: Triada, Usara, and Imprevar. (It should please you that I listed your uncle’s kingdom first. I’d like it noted as a currying of your favor. Clearly Imprevar is the largest and strongest of our three northern kingdoms, and while your uncle’s lands lead in fashion and style, Usara is the oldest and perhaps the most important of the three, if history matters. It’s been here twenty times longer. When the continent was covered in night and Giants walked the land, Imprevar and Triada were simply a part of the Usaran Kingdom. My apologies if that stings.

Oh, and let’s not forget the Sandrunners. I don’t know if a collection of colorful and constantly-moving tents should count as a kingdom, but their military might is nearly as large as your uncle’s. Best not to neglect them.

Let’s move southward, shall we? Beyond the strait are your allies, Laria, kingdom of the Luminents. From the Vellyn Isle to the western slope of the Rhaeg Mountains, the Luminents rule in that seemingly harmonious way we see in all the paintings. Beautiful little liars. I’ve read their histories, and there has never been a kingdom more vengeful if their borders are broached. Keep that treaty, Ondrine. Stay obligingly on your side of the strait. Your uncle wouldn’t enjoy the dark side of the elves. The Luminents may seem like a spiritual people, but they’ve bathed in blood, if you go back far enough.

To the east of the Rhaeg Mountains lies the realm of the Shadowkin. Their capital, Nokte-Shaddark abuts the Great Noktum. That’s the Shadowkin kingdom most know about, but here’s something even your abused and neglected tutor doesn’t know, I’d wager. There are Shadowkin living on the western side of the Great Noktum as well. It is actually possible to live there, though you can only get there by sailing–or traveling the noktum. But there are Shadowvar there, and they’ve been there for over two thousand years.

While we’re talking about the Great Noktum, let’s address it. It’s not a kingdom—not anymore, at any rate—but it does sit like a giant black toad in the center of Noksonon. It is the original mother of all the little noktums that splatter the map and make life inconvenient for us little bugs who toil in the shadow of what the Giants left us. No, I do not plan to launch into a history lesson. You asked for a geography lesson. Ungag your poor tutor if you want history. And before you ask in your return letter, yes, the Great Noktum is larger than Triada. It encompasses more land than all three of the northern human kingdoms combined, including the uninhabited reaches of Imprevar and the Eternal Desert of the Sandrunners. A monstrous holdover from a monstrous time.

To the direct south of the Great Noktum is, of course, The Lux. The other Giant tribes created it during the Giant War. It was intended to strip away the advantage the Noksonoi created for themselves when they birthed the Great Noktum. The Lux is like a sun that crashed into the earth and sits there, spinning. It’s the reason the entire continent isn’t one big noktum. It’s why you and your line are still alive. And my line, for that matter. You’ve seen those distant lights to the south, in the dead of night, like a sunrise that never actually comes? That’s The Lux.

And yes, that was a bit of history. If you don’t like my geography lesson, dredge your tutor out of the moat, knock the toads from his mouth, and listen to him.

Directly south of The Lux is the end of the continent. Two leg-like stretches of land extend to the west and to the east of it, one bent and one extended, respectively. To the west lies, believe it or not, more humans. Their skin is darker than ours—no doubt from generations of exposure to The Lux—and their noses sharper. The Demaijos are clannish and warlike, much like the Sandrunners.

To the southeast of The Lux reside the Brightlings. I don’t know much about them except to say that they are kin to the Shadowvar somehow. Perhaps they were once Shadowvar who were transformed by The Lux? Whereas Shadowvar are black-skinned with white horns and can disappear almost completely in the dark, Brightlings are white-skinned with black horns, and they can disappear almost completely in bright sunlight. I don’t mind telling you I should like to meet a Brightling someday. What a thrill that would be.

And finally, the great isle of Taur to the direct east of The Lux contains the enormous Taur-El, the bull-headed race that used to serve the Giants as physical laborers. They say that the Taur-Els once came north to the Human kingdoms—I’ve read accounts of it in Usara—but if those accounts are true, Taur-Els no longer come so far north. From what little I know of them, they never leave their island. I should also like to see a Taur-El in person one day, I suppose, though the idea of a cow’s head talking the human tongue is somewhat offputting.

Very well, there is your geography lesson, Ondrine, condensed into a single letter. My master—rest her blackened soul—would whip me for hacking down the nuances of Noksonon to such a bald and blunted state. You owe me, and I put the challenge to you that your next letter to me should either include some tantalizing bit of information that I do not know, or that you send me a package containing Triada’s primary trade goods: fashion. Yes. That mage’s robe I salivated over in the royal market when I had not yet the coin to purchase it. You know the one. Red, of Luminent silk, with black embroidery on the cuffs.

May the gods of north and south keep you, my friend, until we meet again.