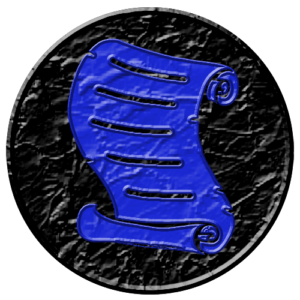 The Katayanicum is a collection of scientific and political missives written by Katayana of Amaranth to Prince Verethragnan, heir to the throne of Markanda in the late 1100s.

Following Katayana’s death in 1213 MG, these missives were collected and organized by Verethragnan for his successors. They were assigned book and chapter numbers at that time. Below is the third chapter from the first book, which describes the lands of Shijuren.

To the most illustrious and invincible Highness, Prince Verethragnan, heir to the Throne of Unyielding Justice, I, Katayana of Amaranth, send greetings.

You have asked me, my Prince, to describe the lands of Shijuren to you. There is little that I, who possesses the merest of intellects, can tell you, most illustrious one, but I shall provide all that I know in the hopes that it shall prove some benefit to your peoples, if not to yourself.

I shall begin by describing the realms of Shijuren as they stand at this time in the year 1184 after the fall of the Giants, or as the Readers say, Meta Gigantes.

What more can I say of the glorious and illustrious realm of Amaranth than that is blessed with the wisdom and skill of its ruling lineage, of which you are its most recent scion. One must admit, though, that those whom the gods bless most, they grant the greatest challenges. In this, perhaps, Amaranth is less fortunate, as all know those who owe fealty and rent to you have oft proved unworthy. Alas that they have proven so fallible and fractious in this life. May the gods bless them with humility in their future lives.

As I wish to be thorough, my lord, I shall also touch upon those realms which are neighbors to Amaranth. That this is already known to you, is of course, obvious, but I would have none say I did not provide all I can to fulfill your wishes.

First, we must acknowledge those to the north of us in the land of Euskalerria. These are indeed a most unruly folk, given as you well know, to raising swords and spears against all. In this, I think we must allow for their strange insistence that orders of chivalry are preeminent. This would not be so strange, but their understanding of chivalry is limited, and what other folk would think to allow such orders so much power in relation to their king.

But, in many ways, they are not so strange as those who are to our northwest, the folk of Periaslavl. That mothers are worthy of respect is understandable, but to allow one to rule the largest realm of Shijuren is curious. At least, this folk has the wisdom to allow their Great Mothers to be sorcerers of some skill, as shown by their great lifespan. Still, it would be better if they understood their true relation to the royal lineage of Amaranth and would accede to our modest requests in a more timely fashion.

To the east and south are great waters. These, of course, have aided you and your line by allowing easy trade up and down the eastern coast. It is well, of course, that your predecessors assembled a mighty fleet, as the pirates who lurk in the Areyat Islands have ever proved troublesome. Another example of the gods providing commensurate challenges for your line.

To the southeast, one finds other challenges. These are rough lands that all rulers of Shijuren have found inconvenient to rule. The wisdom of your line understood this centuries ago and have long since ignored this land of swamps, jungles, and mountains where wild folk and wilder beasts reside.

As your line has ever understood the wealth and power bestowed upon a realm by trade, however, you have established through the mountains to the east strong, well-protected trade routes to the Empire of Makhaira and from that, lands to the west.

That empire is truly old, my lord, having grown out of the earlier Empire of Sabinia. If you will permit me to digress, my lord, I will speak of the older realm first and then the current empire.

The Empire of Sabinia, which they call the Old Empire, much like Amaranth, is one of the realms founded by those heroes of the War of the Giants who survived. As such, it is almost as old as our land. Initially, it grew along the southern coasts of the Middle Sea, but soon crossed to the mountains and forests on the north coast of that sea. In time, they stretched across what we now call the Kreisens, which I shall speak of anon, all the way up to their northern sea named the Sea of Woden.

However, empires not blessed with a royal line such as your own fade and such happened to Sabinia. In time, its emperors realized that area between the Middle Sea and the Gulf of Doris served their purposes better. When Basil II Makrembolites founded the city of Basilopolis, he changed that empire forever, leading to the modern Empire of Makhaira.

Basilopolis is a city of great size and wonders worthy of admiration. Not, of course, as worthy as many cities of your realm, especially our home of Devrapatnam, but still, one must allow for the touch of the gods to reach all men. Likewise, the Empire of Makhaira is a realm worthy of respect, especially since their gold and prosperous trade routes westward have at the same time enriched thy own coffers and those of thy folk.

To the far southwest, beneath the great deserts of the Qafric Wastes, lies the Kingdom of Matara. Those that live there have gained great renowned as warriors, but perhaps only because they are so far from Amaranth they have not had the doom of meeting our warriors in battle. That their sailors have much skill, we must agree, for they sail the southern seas to our lands, despite treacherous weather and the grim island of Zhogvordi.

Of Zhogvordi I can say little except that our scholars have confirmed the wild rumors of its denizens have some validity. It is a land of monsters and monstrous folk. That is all which I know, and I crave your forgiveness for my lack.

I have, oh lord, promised to speak of the Kreisens. To the credit of the Empire of Sabinia, during its time the Kreisens were fruitful and peaceful, but now it has, sad to say, fallen into madness. When I speak of the Kreisens, know, my lord, that I am simply applying the name to the people of that land, for there is no king to bring some measure of happiness to that place. If only they had anyone with a tithe of the skill and wisdom of thy line, perhaps they would be more than a collection of squabbling lords constantly raiding their neighbors.

To the far north, even above that Sea of Woden I mentioned before, is the land of Svellheim. These are fell warriors and raiders, so the tales tell, and it is true that their sailors have also wended their way around the whole of Shijuren even unto our shores, much like those of Matara. They sail in fast ships, which suits their inconstant whims, and while we have traded well with this folk, we have also needed to remind them that raiding of our shores requires a toll few are willing to pay.

Northwest of the Kreisens is large island called Angleland. Upon that island are a number of realms currently called collectively as the Eleven Kingdoms. I say, currently, as this land has often warred amongst itself, and at one time there were almost twenty small kingdoms. These kingdoms pay homage to a high king, which they call by the barbarian term of bretwalda. Currently, Edgar of Cantwarena holds this title. It is the way of things, as you well know, for smaller realms to become a part of larger realms and, if you will permit me the digression, I believe that you and your heirs will know it by some number less than eleven in times to come.

Finally, the last realm of Shijuren that I must speak of is that of the Western Isles. In many ways, this archipelago is much like our Areyat Islands, but it is the case that their rulers are much stronger than those pirates of the Areyats. Also, I must say that while their gods are less than ours, we must acknowledge they have some power, as shown by their gifts to this folk in the arts of sail and sea. I take no pleasure in admitting that their ships are the pinnacle of maritime arts, but I am consoled by the fact that clearly their gods have decided this folk needed such assistance as could be provided.

The lands of Shijuren are blessed also with many libraries and monasteries to gods of all types. They greatest of these orders is the Ordo Lectorum Tenendorumque Aevi, more commonly known throughout the lands as the Readers. This order, which doth lie in all realms, are almost as learned as the members of your line, and as such far more knowledgeable as one such as myself. They have strange oaths, oaths they claim were created for them by Fate, and they are well known for following them to the letter.

Lastly, I must add that our scholars, philosophers, and mathematicians have proven, beyond any shadow of a doubt, that our world is an orb. Why the gods have created such, only they can know. However, we can infer that if one were to sail westward from the Western Isles, one would eventually arrive at the Areyat Islands. Even the mariners of those isles, though blessed by the gods themselves in their ships and skills, have not attempted such a thing for all know the distance is too great. Whether there are lands elsewhere in the world or it is but a nearly endless ocean, only the gods know.

These, then, is the land of Shijuren. None match the realm of Amaranth, of course, but a wise ruler, as you well know, must understand the worth that all peoples have, even if they should be less than thy own.

I thank thee, oh lord, for thy grace and patience in reading these words. I am limited, of course, by being the merest of thy subjects, though I am honored by thy courtesy and generosity.

In the hopes, my lord, that these words have proven of some little benefit to thee, I remain your dutiful servant, Katayana of Amaranth.